I am 35 years old and in my time thus far I have experienced plenty of bumps and bruises and moments where I’ve fallen down. Sometimes it has been minor and I recovered quickly. Other times, however, I fell hard and it took a while to get back up and get myself back on track.

One such time I was fortunate to have been in the Mayan Caribbean on a spiritual retreat with Krisand Kalyn Raphael. At the time I was in a dysfunctional, and even destructive, relationship with awoman I had been dating for six months. Looking back, I knew that something was not right with therelationship, but I just didn’t have the awareness or the willingness to address the situation head on.That is, until I chose to bring my girlfriend with me to Mexico.

In Hell – & Using The Retreat To Get Out Of Hell

We had been having a multitude of issues leading up to the trip and the dysfunction had been growing.It had gotten so bad that while in Mexico, she set out to try and turn all of my friends against me. To saythat I was in hell with this relationship would be an understatement. I felt like hell, and my friends toldme that I even looked like hell. I was so engrossed in the negativity and issues that I didn’t think twiceto go out and get very drunk the night before the workshop began. My hangover the next day, the firstday of the workshop, was so bad I that missed the first half of the day and was barely able to participatein the afternoon session. My girlfriend left to head back home that evening, which gave me the rest ofthe week to reconnect with myself and what I wanted for the relationship, and more realistically, for mylife.

Once recovered from the hangover, and after my girlfriend had left, I committed myself to getting theabsolute most out of the retreat I could. I worked hard in the workshop sessions and by the end of theweek I had regained at least a modicum sense of self, which was enough at that point to go home andend the relationship.

I want to say that I would have at some point brought the relationship to an end. But without theretreat, I can’t say how long that would have taken. I can’t be certain how much longer I would havebeen able to endure the pain, the frustration, and the unhappiness.

Being on the retreat helped to accelerate my re-connection to myself and find how truly unhappy Iwas, which in turn motivated me to end the relationship. As has been my experience on every retreator journey I have attended, my life accelerated and I was able to move forward in a way that is just notpossible without that concentrated time with focusing on Self (note the capital ‘S’).

One of the beauties of a spiritual retreat with Kris & Kalyn is that it allows one to connect withthemselves at the deepest levels where authenticity and truth reside. Having been on journeys withthem before and since I can attest to their ability to create and hold a space for one to tap intothis lifeline. Their experience as guides and their passion for assisting others enables them to help onereach their limitlessness and bring that into one’s life. For this, I cannot thank them enough.

Needless to say, my accelerated life only improved from here. The new vistas have been more than I could have hoped for with my career, relationship and the way I feel about and enjoy my life. 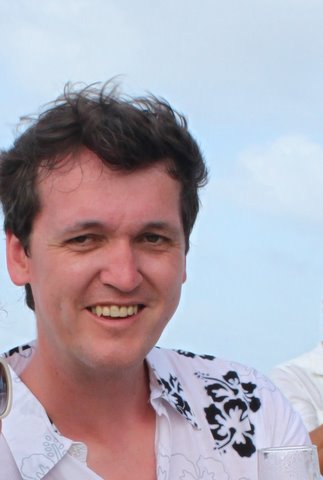