How To Hunt Power 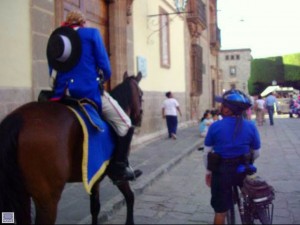 The Hunt For Power

In a previous post someone submitted a question asking how you become a person of power. The answer is infinitely complex, as it depends on each person and each individual situation, and painfully simple at the same time: you simply do.

The Toltec Path is often referred to as being a pragmatic path: it is about what works. And the very first thing that always makes things work is choice. Your choice to become a person of power is your first act of power. It must come from a deep shift within you to be empowered. The deep shift occurs when you are committed in yourself so that you will no longer entertain being disempowered.

Haven’t we all had the experience of wondering where a behavior of ours came from?  The uncharacteristic burst of inappropriate words or the heroic behavior, which we can’t explain, leave us stunned and wondering if we were possessed. Of course, we aren’t possessed, but we are having an experience of higher and lower vibrations of ourselves. They are versions of us that are as real as the ‘normal’ version of us, but just aren’t the energetic vibration that we normally live at. These versions show us that we degrade or raise ourselves and that there are other versions of us available to us.

So, without a doubt, there is a more empowered version of you as well. This you already exists and you have seen glimpses of him or her. Actually, these glimpses are where the idea of empowering yourself comes from. You have had a taste of this you, so now it is just a matter of allowing that version of you to come forward into your being. It is time for you to be-come this person.

In Carlos Castaneda’s old books about Don Juan, courage is spoken of frequently, especially as it pertains to personal power. Carlos and Don Juan go and hunt power to increase Carlos’s power and we can do the same. Perhaps we are more fortunate though, because we don’t have to wonder out in the desert for hours…

Inviting Power To Your Life

So many things in life seem so complex and unattainable but when take them on we find that with a little persistence most challenges tend to unravel themselves. Well, the idea of inviting power into my life sounded horrendous to me once upon a time. I felt completely disempowered wondering how the hell you invite something unknown and ethereal to yourself, a good and normal reaction for anyone embarking on such a trech.

But, I’m here to tell you that I was way off. Inviting power into your life is a piece of cake,  since you have a direct line to your Source Energy. Your thought alone to invite power will do the trick, although adding some intention and repetition to your asking empowers the invitation. Easy enough, eh?

Once you have invited power into your life, just be sure to either keep your door open or to listen for a knock. Opportunities for power come to us every day, especially those of us who have consciously and intentfully invited power into our lives. Similar to Carlos’ desert wonderings, which included hiding and stalking the wind, our opportunities often first appear to be unglamorous. Fearlessly meeting confrontation,  being courageous enough to begin to distinguish between your authenticity and the opinion or values of others or beginning to stalk your own behaviors in the Toltec sense are some of the ways that the desert’s wind will come to you. Having the courage to face these are you taking on power.

One thing no one seems to talk about when it comes to being authentic is the courage that is required. Hunting power requires great courage for you to face what life brings on a daily basis. Authenticity does as well. It is easy for any of us to brush an idea off, justifying to ourselves that our habits or beliefs don’t require questioning since that’s just who we are. It is too simple for us to get passionate about a cause or political candidate, saying that we care about the world, when these truly have nothing to do with who we truly are or with our authenticity. We may dedicate ourselves to a cause but this is not the same as becoming identified.

Seeking to increase your personal power is painfully simple, but facing what comes and taking on your own power will ask that you persistently take on your own life, your own authenticity.